Earls Hall Baptist Church was founded as a church plant in 1939 following the purchase of Priors School and it was officially opened on November 18th 1939. Subsequent new building projects, especially in the mid-1960’s resulted in significant changes to the church plot and facilities that led to what we have today. In recent years we have built a new Baptistry and had the church kitchen completely refurbished.

Currently the church is served by Rev. Tom Vernon, with his wife and their 4 children who have been part of us since 2015. We also have Katie Stanton, who is our children and family worker. The church runs an OFSTED regulated PreSchool, managed by Fiona Wratislaw.

Throughout its history, the church has given assent to the Baptist Union Declaration of Principle and the Evangelical Alliance Basis of Faith, operating an open membership encouraging baptism but not making it a condition of membership.

As a church we have good links with both our nearby primary schools, and good links with the surrounding community particularly through our Pre-school, Parent and Toddler Group, After School Clubs, and youth Clubs.

The Leadership are also the Trustees of the charity, and have regular monthly meetings. The church meet for formal meetings every other month. There is a church office which has a part time Administrator. Caretaking duties are shared between church members.

Our vision is to love God, to love people and to follow Jesus.

This website has been created, and is hosted, at no cost to the church.

Get in touch with us 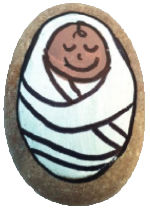